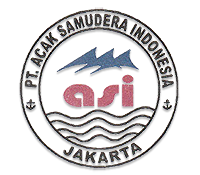 ACAK SAMUDERA INDONESIA was supported by some well experience as seaman, worker in foreign countries in many sector. Home base / main office in Kota Harapan Indah Bekasi it means we will deploy all worker from many island in Indonesia, no matter what are their ETHNICALLY Distinct groups, Part, Family and Nation.

ACAK SAMUDERA INDONESIA was established on August 1st, 2014 with the vision to develop Indonesian SEAMAN / FISHERMAN and GENERAL WORKER through education, training, consultancy and recruiting business which collaborate with international and national companies.

ACAK SAMUDERA INDONESIA was founded with obsession to be number one supplying Indonesian SEAMAN / FISHERMAN / WORKER. Starting with business activity in recruiting and selection, then developing the human resource through education, training, consultancy based on the companies requirements.